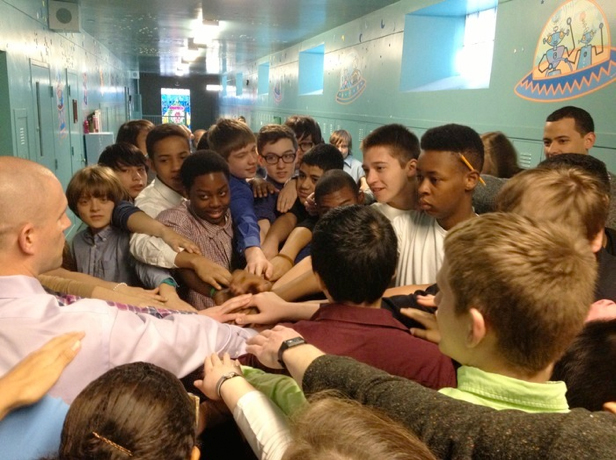 Nettelhorst School / Chicago Public School System
Nettelhorst School attracts students from a range of socio-economic situations, from professional families to those from disadvantaged backgrounds. Their diversity is important to The Nash Group as it supports our belief that all students deserve the opportunity to grow both academically and socially.
Nettelhorst School is frequently featured on CBS, PBS, NPR, 60 Minutes, The New York Times as an example of innovation and renewal in urban public schools.

Visitation Catholic School
Visitation Catholic School is located in Chicago’s Englewood neighborhood, where 25% of the residents are unemployed and 36% live below the poverty level. These students are at risk for academic failure because they had few options beyond enrolling in neighboring schools, which are commonly characterized by high dropout rates, crime, deteriorating physical plants and low academic achievement. The Nash Group supports the Dominican Sisters of Sinsinawa, Wisconsin who staff Visitation and the guidance they provide to all their students.

Advocate South Suburban Hospital
According to the American Heart Association/American Stroke Association, stroke is one of the leading causes of death and serious, long-term disability in the United States. On average, someone suffers a stroke every 40 seconds; someone dies of a stroke every four minutes; and 795,000 people suffer a new or recurrent stroke each year.
Advocate South Suburban Hospital is recognized by the American Heart Association/American Stroke Association’s Get With The Guidelines®–Stroke Bronze Quality Achievement Award.  The award recognizes hospitals that are successful in implementing a higher standard of stroke care by ensuring that stroke patients receive treatment according to nationally accepted standards and recommendations.
As a group of health professionals, The Nash Group understands that patients treated in hospitals participating in the American Heart Association’s Get With The Guidelines-Heart Failure program receive a higher quality of care and may experience better outcomes and we support Advocate South Suburban hospital’s continued work in the field of stroke recognition and recovery. 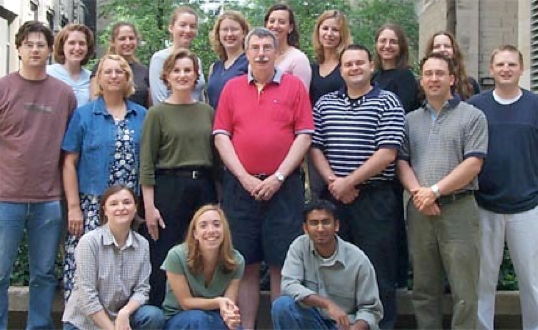 Northwestern School of Medicine – The Miller Lab
The Nash Group supports The Miller Lab and we encourage others to do the same.  Named for Dr. Stephen Miller, Professor and Director of the Interdepartmental Immunobiology Center at the Northwestern School of Medicine, we are grateful for their commitment to research on multiple sclerosis (MS).
In MS, the immune system attacks and destroys myelin, the insulating layer that forms around nerves in the spinal cord, brain and optic nerve. When the insulation is destroyed, electrical signals can’t be effectively conducted, resulting in symptoms that range from mild limb numbness to paralysis or blindness.
In 2013, Dr. Miller, the co-senior author of a paper on the study, which was published June 5 in the journal Science Translational Medicine. The study is a collaboration between Northwestern’s Feinberg School, University Hospital Zurich in Switzerland and University Medical Center Hamburg-Eppendorf in Germany.
The human trial is the translation of more than 30 years of pre-clinical research in Miller’s lab.
“The therapy stops autoimmune responses that are already activated and prevents the activation of new autoimmune cells,” said Stephen Miller, the Judy Gugenheim Research Professor of Microbiology-Immunology at Northwestern University Feinberg School of Medicine.  “Our approach leaves the function of the normal immune system intact. That’s the holy grail.”
The Nash Group applauds the Miller Lab and we encourage others to support their research.
See more here 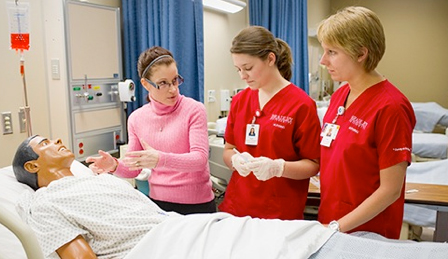 Bradley University  – Department of Nursing
In memory of Patricia Lord (Shawn Semedalas’ mom)
Established in 1956, Bradley University’s Department of Nursing offers an undergraduate program, an accelerated program, and a graduate program of study.
The Nash Group, in memory of Shawn Semedalas’ mother, supports Bradley’s state of the art technology that allows both undergraduate and graduate nursing students the “hands on” opportunities to learn and advance their nursing expertise.

Habonim Dror Camp Tavor
Camp Tavor in southwest Michigan, provides an inclusive community where kids have fun being themselves while developing a strong sense of social and environmental responsibility, a caring connection with Israel, and a positive personal Jewish identity.

Na’amat USA
NA’AMAT, Hebrew acronym for “Movement of Working Women and Volunteers,” is an organization & a movement striving to enhance the quality of life for women, children and families in Israel, the U.S. and around the world. Originally named Pioneer Women, it was founded as a sister movement to NA’AMAT Israel.

Red Mountain Therapeutic Riding Center
RMTC provides horseback riding therapy to nearly 200 children with physical and mental disabilities as well as emotional and behavioral issues. Therapeutic riding has been widely used since the early 1950s as a tool for improving the lives of people with a range of cognitive, physical, and emotional impairments. Since its establishment in 1996, RMTC has worked towards the development and advancement of this unique therapy in the southern Arava in Israel, making it accessible to the population of a remote region that lacks many other essential medical services.

University of Michigan
U-M is committed to using its academic strength and resources to make the world a better place.

National Multiple Sclerosis Society
The National MS Society mobilizes people and resources to drive research for a cure and to address the challenges of everyone affected by MS. Strategic goals include: supporting research, delivering resources for patients, developing and aligning human, business and financial resources and activism.