These allegations, which come against a consistent “five-out-five-star” plan, reinforce longtime expert warnings that Medicare Advantage insurers are defrauding Medicare by “upcoding” people’s diseases. The DOJ has also probed Anthem, Humana, UnitedHealth and Sutter Health, among others.

This isn’t Kaiser’s first run-in with the DOJ. One of its subsidiaries paid a $6.3 million settlement last year to resolve similar allegations.

Health insurers have railed against audits of their Medicare offerings, but increased DOJ involvement makes it clear there is continued fraud of this program. “After accounting for all coding adjustments, payments to MA plans in 2018 were between 2% and 3% higher than Medicare payments would have been if MA enrollees had been treated in [traditional] Medicare and generated about $6 billion in additional payments to MA plans,” MedPAC wrote. 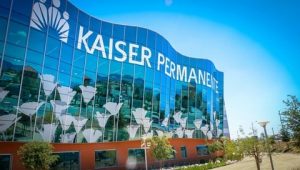