The Senate released a new draft health care bill aim at building a database of real-world health care costs records. The government will pay a nonprofit nearly $100 million over 6 years to build a database of medical claims, that shows how much actually insurers and employers paid for care – claims data has long been considered a black box!

The nonprofit will produce reports (under strict security and privacy data protocols) and make the data available to any company, researcher or entity who requests access, according to the draft bill text.

Employers have told legislators they want more access to this kind of data to make better purchasing decisions and see where they are overspending, and these kinds of claims databases have support across the political spectrum.

UnitedHealthcare’s decision to stop providing data to the Health Care Cost Institute earlier this year served as an extra impetus to include this provision, according to a Senate staffer.

Hospitals and other providers likely won’t be fans of this idea. They’ve benefited from keeping true prices hidden. 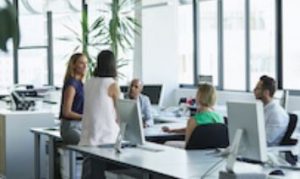