“We are drowning in medical bills,” said Hodgson, 48, an adjunct college professor in Pennsylvania, who says she and her husband also pay about $6,500 a year in health insurance premiums for the policy, which her husband receives through his job. “It’s frustrating,” she said, “because there are medicines that I need that I can’t afford. I’m angry at the insurance system.”

Hodgson is one of the growing ranks of Americans in high-deductible health care plans, a form of insurance coverage that trades lower premiums for higher deductibles. Rare a decade ago, high-deductible plans now cover more than four of 10 Americans, according to the U.S. Centers for Disease Control and Prevention, which defines such plans as having a $1,300 deductible for an individual and $2,600 for families.

Many insured workers in such plans must pay thousands more than that each year. The medical math is forcing them to view their health insurance as something for worst-case scenarios — like a major hospitalization — rather than insurance that helps pay for doctor visits and prescriptions. 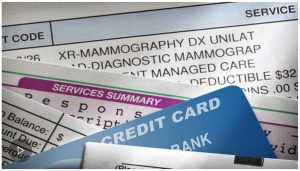